THANK YOU to each and every one of you who attended or donated in support of all of our beneficiaries. I’m grateful, and humbled, by your support of one of the most moving and inspiring weekends of my life.

The City Summit & Gala benefitted a total of 11 charities including McConaughey’s Just Keep Livin Foundation and Kutcher’s Thorn. But at its core, the Summit & Gala is really about helping start-up organizations get the critical funding they need to jumpstart their humanitarian work, while helping them build their infrastructure and network of supporters. Here’s a sneak peak video recap below:

Founded by my dear friend Ryan Long, City Summit & Gala is a truly unique and powerful platform that runs throughout the year as a business acceleration and fundraising campaign culminating on the weekend of the Oscars. Beneficiaries included our own Project:NOW initiative, as well as 8 other growing non-profits: Already Always Amazing, Bright Futures Foundation, Feed A Billion, Fulfilled Families, Firelife Foundation, Conscious Capitalism, My Life My Power, and Child Liberation Foundation.

And I’m proud to announce that with City’s year-long support and the network it has helped us build, we raised over $1.5 MILLION for our Project:NOW initiative!

My sincere and deep felt appreciation for what Ryan has created cannot be overstated. It’s been an honor working with you, Ryan, and I look forward to what the future will bring. Thank you.

I also want to thank my brother Kuo Yang (Brigade/OneOne77) – Creative Director and sponsor. Several years ago I introduced him to Ryan, and without flinching, he rolled up his sleeves, sat in the cockpit, and has directed the hell out of this thing ever since. Thank you, man.

To our advisor, moderator, and recipient of City’s Commitment To Excellence Honor – Greg Reid (Secret Knock): Your enthusiasm and support over the years has been awe inspiring… and invaluable. Thank you, my friend. 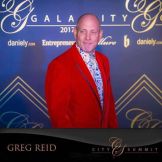 But none of this happens without sponsors: I want to give a VERY special thank you to our presenting sponsor NOVA WEALTH MANAGEMENT, as well as sponsors and promotional partners like NBC University, Ken & Kerri Courtright’s Income Store, our CPA firm Carlsen Financial, and Anton Jae, who provided marketing and operational support to all of our beneficiaries throughout the year.

And a special shout-out and thanks to Jonathan Stone and Dawn Elyzabeth of Sababa Water, who as a sponsor provided a nutritious meal to a hungry child for every bottle donated to our event.

See complete list of our ADVISORS & HOST COMMITTEE. THANK YOU!!

And I want to thank Charity Stars, Aristotle Karas (auctioneer), and  Lynn Rose (host) for all you guys did for us throughout the weekend of events. INCREDIBLE work guys!

To my right-hand woman at Project:NOW, Lisa Cannata, THANK YOU for coming out and working so hard – you’re truly a blessing to me.

And finally, I’m eternally thankful to Matthew McConaughey, Ashton Kutcher, Jack Canfield, Tai Lopez, Jeff Hoffman, Noel Lee, and the rest of our speakers and honorees for sharing their time and words of inspiration, and helping us meet Project:Now’s 2017/2018 fundraising goals. THANK YOU!

So COME ON INSIDE our 3rd Annual City Summit & Gala weekend of events. And hope to see you next year!!

We kicked off the weekend with a special CITY SUMMIT & GALA VIP DINNER sponsored by The Great Caesar’s Banquet Hall, and featuring keynotes and conversations with several of our Summit speakers.  And we had a blast (thanks guys!). A highlight for me was a presentation given by Endyia Kinney Sterns, former Executive Producer of Oprah’s OWN, and Founder of EKS Consulting Firm. She DROPPED. THE. MIC! 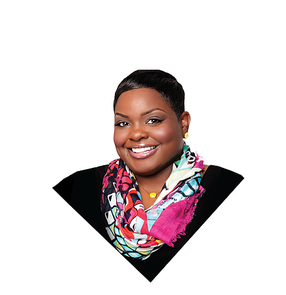 Next was the 2-day CITY SUMMIT – a world class socially conscience business acceleration experience that took place inside Universal Studios’ Globe Theater, and featured almost 40 leaders in entrepreneurship and business.

ASHTON KUTCHER, who’s early investments in AirBnB, Spotify, and Uber among other household names, helped define him as one of the world’s leading tech investors. Kutcher has been named one of TIME magazine’s “100 Most Influential People in the World,” as well as being honored by Vanity Fair’s “New Establishment List.” He was also twice named as one of Forbes’ “World’s Most Powerful Celebrities,” as well as one of Fast Company’s “Most Creative People.” Kutcher is also the co-founder of Thorn: Digital Defenders of Children. Thorn drives technology innovation to fight the sexual exploitation of children.

Take a look at what Ashton’s all about:

And check out Ashton’s interview on the red carpet of CITY SUMMIT (by Entrepreneur):

JACK CANFIELD – Bestselling author of The Success Principles and Chicken Soup for the Soul, which has sold over 500 million books worldwide! You also may know Jack from the groundbreaking film, The Secret. We honored Jack with our Commitment To Excellence Honor; 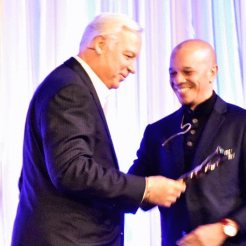 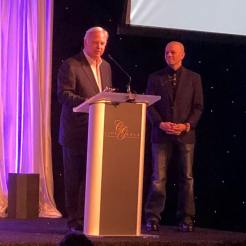 TAI LOPEZ – An investor, partner, or advisor to over 20 multi-million dollar businesses. Through his popular book club and podcasts, Tai shares advice on how to achieve health, wealth, love, and happiness with 1.4 million people in 40 countries. Tai also has one of the fastest growing Ted Talks with over 2 million views already. Check out Tai below;

JEFF HOFFMAN – Co-founder of Priceline.com and Ubids.com, who also happens to be the inventor of the airline kiosk! Jeff’s insights on business and personal growth were invaluable to any entrepreneur looking to grow their business;

NOEL LEE – Founder and CEO of Monster, Inc. (Monster Headphones). Noel simply blew me away with his candor, humor, and advice for young entrepreneurs pursuing their passions;

The highlights for me were Kutcher’s moderated discussion with Greg Reid, and the generous donations of private lunches by Jack Canfield, Tai Lopez, and Jeff Hoffman, where hundreds of thousands of dollars were raised for our beneficiaries.

And finally, the CITY GALA took place after the Oscars at Universal Studios in and around the Globe Theater. It featured honor ceremonies and speeches/discusssions, live and silent auctions, a fashion show, live entertainment, and a celebrity poker tournament produced by Lena Evans and Helix Poker. Some of the highlights for me included:

Panel discussions with the beneficiaries, where I had an opportunity to share with the attendees details of Project:NOW, and our plans moving forward.

A keynote speech and moderated discussion with MATTHEW McCONAUGHEY. And yes, some of his first words were “Alright, alright, alright” (Love that guy!) Matthew accepted City’s Inspiration Award, and spoke about his Just Keep Livin Foundation… and it was powerful. Please take the time to visit his site and support the work he’s doing for youth and families in underprivileged communities.

Honoring the founder of Make A Wish Foundation – Frank Shankwitz, with City’s Hero Award. We also premiered a trailer for an upcoming film about his life.

Honoring my good friend Dr. James Dentley (co-founder, NBC University) with City’s Legacy Award for his work mentoring thousands of students, who took us to CHURCH with his acceptance speech!

An INCREDIBLE performance by Lisa Lewolt and Carousel Dance Company.

A fashion show that brought the house down!

Helix Poker… and it was JAMMED PACKED.

Thanks to @Andrea Adams-Miller of The RED Carpet Connection Publishing, Publicity, & Talent Agency for sponsoring this… Posted by The Umbrella Syndicate on Monday, March 5, 2018